KiM is a platform/ playground/ meeting point/ ever-growing net, instances of training, investigation and creation for performance in theater-dance. Elias Cohen, Se-Rok Park and others have been and still are searching and investigating through our theatre-dance performances, site-specific events, video art pieces, our teaching instances how to create connections and shared moments with the performer and the spectator by throwing ourselves on the floor (in many diverse ways), burying ourselves under millions of paper sheets, dancing with fish and seaweed, rolling heavy stones and crawling in the dust of desolated factories, jumping on rocks, zazen in 4000 m heights and many more, as well as bending time, space and sound, our bodies and minds to always return to develop and deepen the practice of theatre- dance. We do that consciously in natural and urban environments, always being in touch as well as listening and responding to our bodies in relation to our social, cultural, political, natural/ urban surroundings.

The Kosmos of KiM derives from the Greeks who coined the term Kosmos (with capital K) referring to the totality of existence, which is comprised of the physical, emotional, mental and spiritual realms and not only its physical dimension. The KiM Platform and its performance ensemble essentially aims to giving space to discover all those dimensions. To see the body as Kosmos that commits to the path of deep human understanding in correlation to poetical creativity.

Our methodology is, at the same time, a ” way of life” or Tao (Way) that includes nutrition (we are what we eat) and meditation (passive and active styles) with the objective to sharpen our perception about ourselves and the reality that we are part of.

END_OF_DOCUMENT_TOKEN_TO_BE_REPLACED

It all started in the heights of the Andes in Titicaca Lake in 2007 where the first working space came to life, no more than, with natural Adobe, a straw roof and 2 windows with the view to one of the biggest lakes and the Andes in more than 4000m heights. END_OF_DOCUMENT_TOKEN_TO_BE_REPLACED 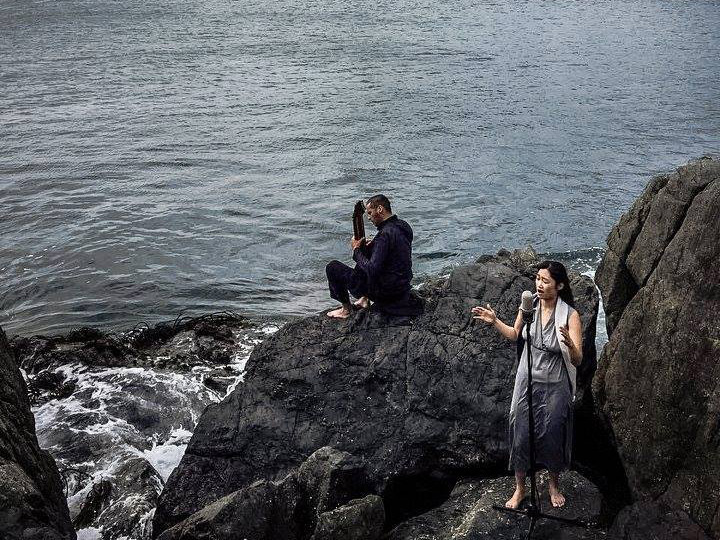